This will hardly come a surprise to anyone in the seafood industry, which has been rife with fraud, mislabeling, health concerns and dangerous criminal substitutions for years. Oceana has previously done studies demonstrating how widespread fake fish swaps are nationwide, to the point where it is almost impossible for consumers to buy certain popular – and expensive – fish, like red snapper, without getting ripped off. Farmed salmon, which can be fed antibiotics, meat products far from their natural diet and have to be dyed pink, are routinely sold as more desirable and higher priced wild caught salmon. These Oceana studies are hardly alone, and have been confirmed and reconfirmed by universities, DNA testing and news studies.researching shrimp, because

it is the most widely consumed seafood in America, by far – each of us eats an average of four pounds a year. Yet almost all of it is imported with virtually no supervision, and almost none of it is inspected – in many cases we don’t even know what country it came from. A Government Accounting Office review of seafood fraud was highly critical of the FDA’s oversight of imported shrimp and found that after the FDA banned the import of Chinese-farmed shrimp in 2007, due to the presence of unapproved drugs, Chinese suppliers simply shipped the shrimp to Malaysia, relabeled it from there and imported millions of dollars’ worth of the drug tainted shrimp into the US anyway. Called “transshipment,” this happens with shrimp and seafood all the time.

The study’s bottom line? “With shrimp, it is almost impossible to know what you are really getting.” Oceana’s investigation included surveying how shrimp were labeled on menus, at seafood counters and on packages in grocery stores. They did genetic testing of samples from grocery stores and restaurants, collected in two major shrimp producing areas, coastal regions along the Gulf of Mexico and Portland, OR, as well as too high-consumption shrimp eating cities, D.C. and New York City. A full 30 percent of the products – one out of three - were misrepresented, which Oceana defined as either mislabeled (swapping one species for another), misleading (labeling farmed species as “Gulf”), or mixed/mystery (commingling species among bagged shrimp).

deception was worst in New York, where a full 43% of shrimp were misrepresented, more than two thirds of grocery stores made some sort of untrue claim, and over 50% of the fraud was labelling farmed shrimp as wild shrimp. A typical example in the study was the selling of farmed commodity shrimp (whiteleg) as “wild Pacific shrimp.” This is what really matters because there are a lot of health concerns with farmed shrimp and good reasons to avoid them. As the New York Times wrote: “Most of the shrimp the United States imports comes from farms in Latin America and in Southeast where environmental and human rights experts have long identified labor rights abuses, hazardous working conditions, damage to ecosystems and the use of hormones and antibiotics.”

Steven Kronenberg is a California attorney who specializes in food fraud cases, and based on what he has seen, stopped eating shrimp altogether. “Personally I have big problems with imported shrimp, the chemical residues and they are farmed under horrid conditions. If you buy imported shrimp, there are any number of public studies that show that the shrimp might well come from a place different from what’s listed on the package. There are a lot of problems with imported shrimp. There’s a lot of trans-shipment, there are potential drug residues or illegal chemicals in shrimp, and they only test something like 2% of the imported shrimp. The working conditions are just horrible and it’s a real social justice issue that consumers might not think about, because it’s not like they are going to put on the front of the package, ‘Made with slave labor’ but to me, I am concerned about that.”

That’s why I no longer eat shrimp in restaurants unless I’m someplace like the coast of Mississippi, Maine or South Carolina at a reputable restaurant I know has a local supplier of non-farmed shrimp. When I buy shrimp for cooking I will only buy wild caught Gulf of Mexico shrimp that comes with independent third party confirmation from a reputable group like the Marine Stewardship Council (MSC), because as the Oceana study shows, a “wild caught” label is not enough, you need this claim to be audited. I like to buy seafood at Whole Foods because they have an extremely detailed certification and traceability program which I have looked at in detail, but big box stores like BJs, Costco, and Walmart all have surprisingly elaborate certification requirements with third party verification by groups like MSC or The Sustainable Fishery Partnership. 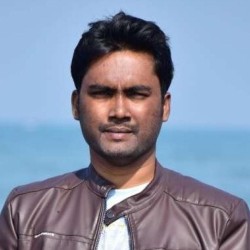